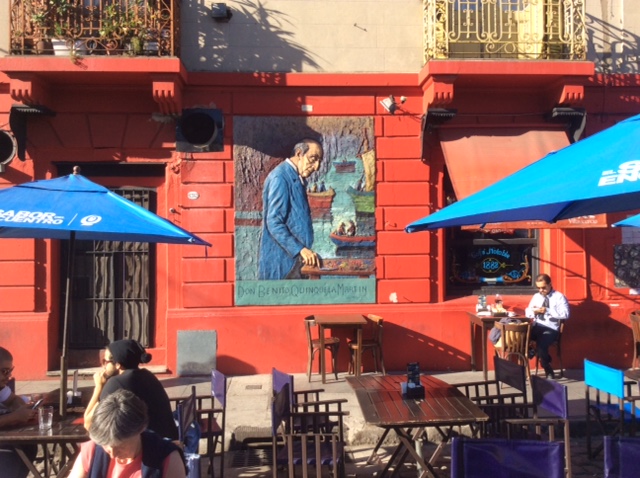 Often when mandated by our clients to identify and secure that elusive Director level executive we are asked to give strong consideration to those candidates that display entrepreneurial qualities. This comes as no surprise when you consider the ever changing business environments that are so influenced through the continuance of emerging technologies, coupled with a far more sophisticated consumer base. With the strengthening corporate push to discover new lucrative markets "out of the box" thinking and competitive action is required.

As a side note a truly interesting development took place when we were mandated to secure for a global client a HK based Sales Director to drive their Asia Pacific expansion within the e commerce and digital sector. At the time of briefing it was conveyed by their HRD that they sought an executive decidedly rich in entrepreneurial skills, in fact they would give strong preference to those whose medium-long term vision involved establishing their own business. Strange you might say, myself included. Further probing revealed this organization to be blessed with a dynamic culture and this being a Greenfield role, such motivations and self-interest would be supported. Just between you and I, they were also of the view that once settled, the risk of losing such talent was minimal. I encourage the reader to view the case study titled "Consulting" in this web site.

There exists a flip side to being entrepreneurial particularly when an executive is unable or unwilling to secure the advice of specialists (internal or external) when embarking on strategic decision making. I have noted that ego can play a part in this ineffective decision making and I have had reason to reflect if the very qualities that constitute entrepreneurialism can work to the disadvantage when purposeful, logical and coherent decision making is called for.

Sometimes risk taking is poorly conceived and executed. I have found that most successful entrepreneurs have a strong appetite for risk and typically enjoy excellent risk assessment and decision making ability. Elon Musk once said, "business is like a multidimensional probabilistic chessboard where the rules are not clearly established, and the same moves do not always lead to success. Whilst a great many people can excel in a set-piece battle, my differentiating skill is I can invent new pieces."

One of the questions I like to ask of my candidates relates to the management of risk and for them to describe in some detail a situation where they failed to execute when pursuing an entrepreneurially driven outcome. In addition, I want them to convey what lessons they had learned from this misadventure. Their response gives me a sense of both their entrepreneurial qualities, but equally importantly their management of risk, and if misapplied, lessons learned. Our clients are generally forgiving as long as the executives are able to demonstrate learning. It's their commitment to the total eradication of errors that makes the entrepreneur complete.

In closing I am often asked how this translates to the prevailing entrepreneurial spirit and business success in China. My experience tells me that the typical Chinese entrepreneur shares several things in common. They are decidedly willing to take on risk and unafraid of failure and certainly open to new ideas. They will seek inspiration from abroad and where necessary hire the best human talent from overseas to achieve their business objectives. So what drives this spirit? Again from experience I believe there exists a great deal of pride in seeing China emerge strong and powerful and witnessing the success of Alibaba's Jack Ma and Ten Cent's Pony Ma only serves to fuel this patriotic feeling. The pursuit of the "Chinese Dream" is a powerful motivator as evidenced by the many overseas educated students that return home to fulfill their own ambitions. "The journey of a thousand miles begins beneath one's feet." Lao-tzu, Chinese philosopher led us to believe it is the moment before the first step, that moment of decision that one knows action is called for.

N.B. The image was taken in Buenos Aires in the La Boca neighborhood and features the Argentine artist Benito Quinquela Martin, a popular local painter. Abandoned at an orphanage in 1890 and adopted when 7 years of age, he joined the Pezzini Stiatessi Conservatory and by 1910 appeared in small art exhibitions in and around La Boca. After some commercial success in Madrid he set sail for France in 1925, New York in 1927 and Italy in 1929 where he gained a formidable reputation. Following considerable success and on his return home he became a philanthropist and purchased land and donated funds to build a children's dental hospital where women breast-fed orphaned children. A true pioneer with entrepreneurial spirit.

How can we assist you?